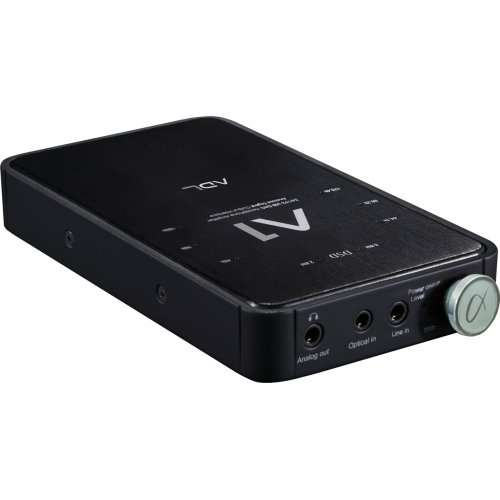 Some digital enthusiasts require small, portable DACs and headphone amps because they’re always on the move from location to location. Others need flexibility with their digital gear, especially the ability to insert a headphone amp into virtually any sys

Some digital enthusiasts require small, portable DACs and headphone amps because they’re always on the move from location to location. Others need flexibility with their digital gear, especially the ability to insert a headphone amp into virtually any system and achieve impressive sonic performance. The new ADL A1 headphone amplifier/ DAC is designed for both of these digital enthusiasts—even if they’re the same person!

The new ADL A1 is a high-resolution portable headphone amplifier and DAC that can be used with Android devices such as ADL’s own X1 and iDevices. The A1 is also DSD-capable when used with either Mac or PC. The high-resolution sound that can be achieved through the A1 makes it perfect for portable audio enthusiasts who use the highest quality headphones to delve deeply into a recording. It’s also ideal for those who want to run DSD 2X on either a laptop or a desktop.

While the ADL A1 is certainly small enough to be portable and convenient, it’s also loaded with innovative features such as:

• USB A socket for Android music devices via OTG cable

• Optical and line out that combines a 3.5mm phone jack for line out with a mini-jack for optical output

• Switchable between USB-A, USB-mini B and optical inputs

The portable audio enthusiast will also appreciate the A1’s long battery life. While the battery in the A1 lasts approximately 7.5 hours after a full charge, it can be completely recharged in around 5 to 5.5 hours. That provides an exceptional amount of flexibility for playback while on the go. Down time and scheduling concerns will be minimized.

The ADL A1 is a truly versatile portable headphone amplifier and DAC. It’s flexible enough to be used in a countless number of applications, it’s small enough to fit just about anywhere and the sound quality is extraordinary. You’ll appreciate the signature Furutech sound in every component offered by ADL—smooth yet detailed and focused. The ADL A1 is clearly an example of innovative Japanese design at the cutting edge of technology. Are you ready for it?

Applicable Android Device as of 2015.

* Please check if the ADL A1 ASIO icon is on the desktop screen to confirm successful installation.
* Please also adjust the ASIO Buffer Size to maximum to ensure smooth playback.