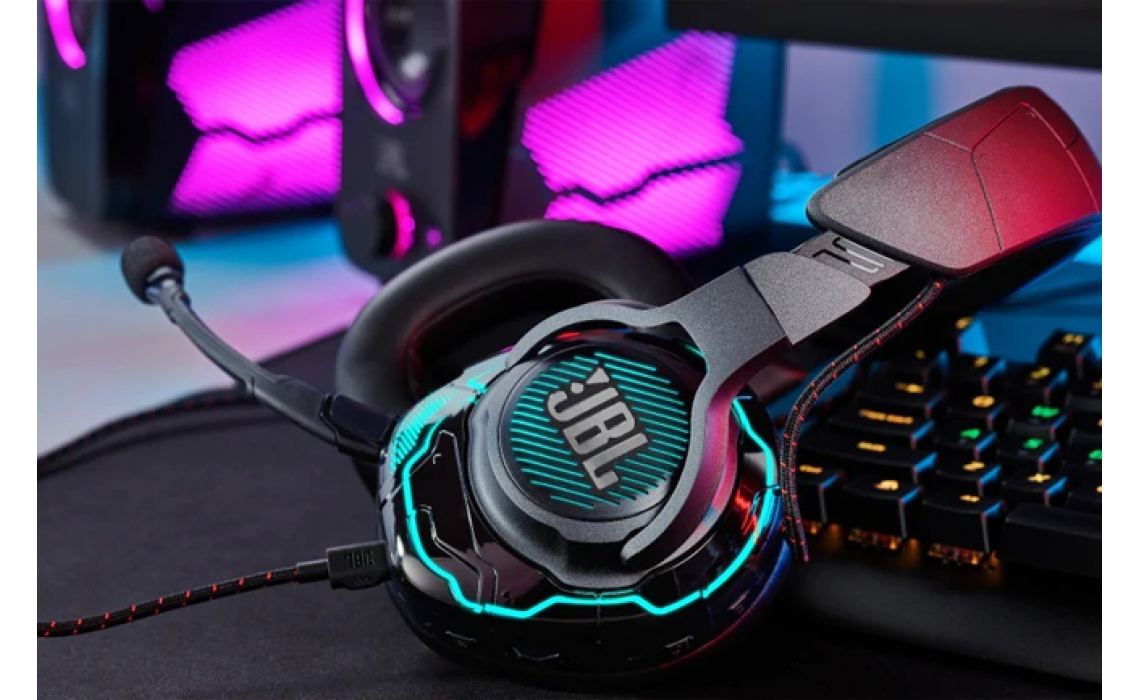 In gaming, every sound matters so it’s time for the industry leader in sound to lead the way. The JBL Quantum range is engineered for the most realistic sound experience ever in a gaming headset. Amplifying every audible detail with pinpoint accuracy and immersive sound for a true competitive advantage, thanks to JBL QuantumSOUND Signature™. From the thrill of tracking enemies in FPS games, to engaging in epic MOBA battles, the JBL Quantum range brings game-winning audio.

Your instincts, heightened. The flagship JBL Quantum ONE takes sound to the next level, built exclusively with JBL’s own QuantumSPHERE 360™ sound tech. Extensively tested with gamers around the world, the head tracker sensors and spatial audio will precisely locate and pair visual objects with their sound. Feel the action and any movement around you like never before. 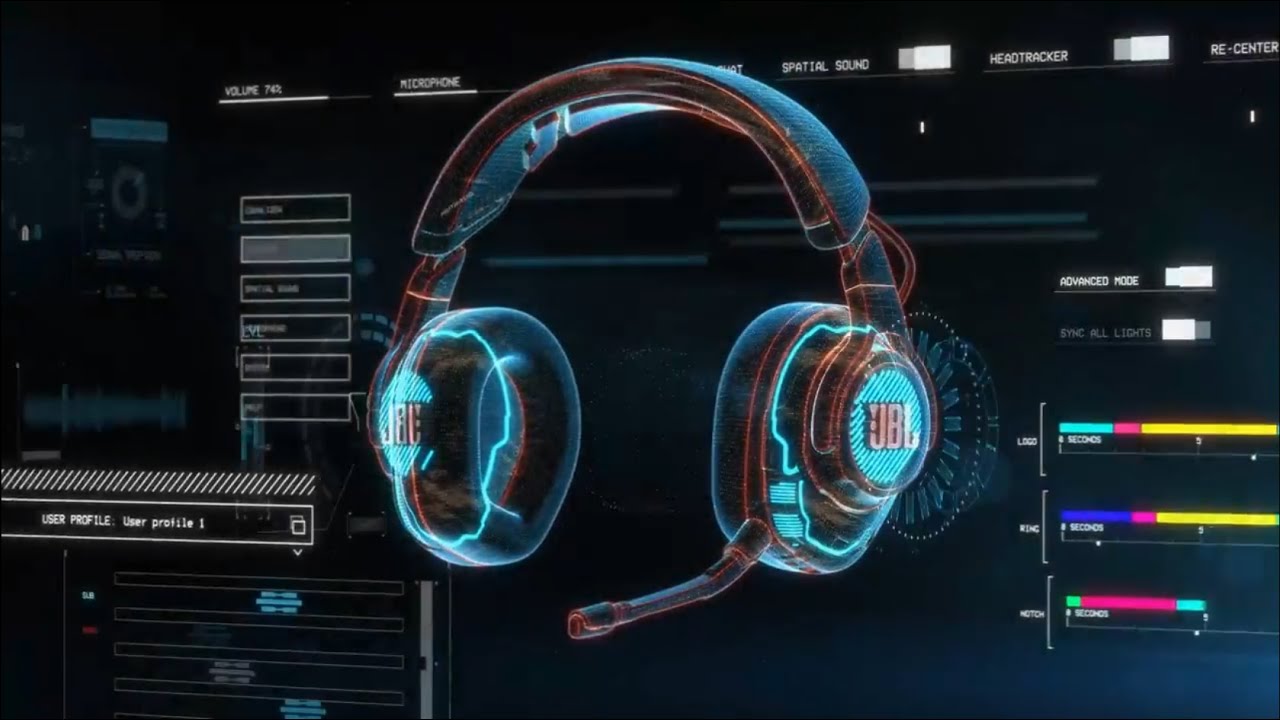 Amplify every moment. The next generation of gaming immersion is here. Sound typically moves on a horizontal plane, but JBL’s sound algorithms elevate virtual world experiences to new dimensions by adding overhead channels. The result: JBL QuantumSURROUND™. Sound technology powered by the JBL QuantumENGINE™ PC software that creates a wider, more realistic spatial soundstage and features in the JBL Quantum 300, 400, 600 and 800 headsets.

Dominate the game. Background noise won’t get in the way of crystal-clear comms. JBL Quantum series also boasts pro-level flip-up or detachable voice focus boom microphones with echo cancelling. Every model is lightweight and has memory foam ear cushions for long-lasting comfort. JBL Quantum 800 and Quantum ONE also pack active noise cancellation so however noisy your environment, your focus will stay in game.

Perfect partner. The entire JBL Quantum range is optimized for PC, with the JBL Quantum ONE as the ultimate, dedicated PC gaming headset. All models in the range are compatible for console and mobile. Compatible with Discord, TeamSpeak and Skype, whether you're calling for backup or bragging about your performance, with JBL Quantum, your teammates will hear loud and clear. 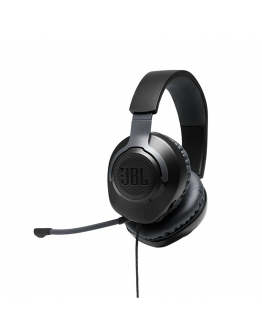 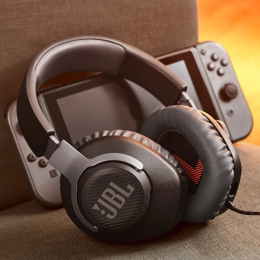 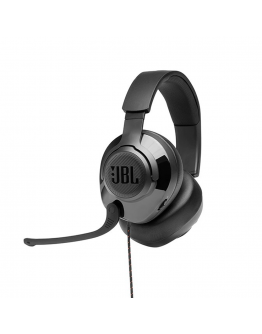 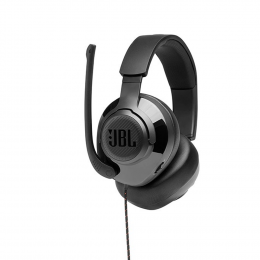 JBL Quantum 200Wired over-ear gaming headset with flip-up micBe at the center of the game with JBL QuantumSOUND SignatureFrom the tiniest footsteps to the loudest explosion, JBL QuantumSOUND Signature makes every scene epic and every gamer more competitive. With the help of 50mm drivers, our signature audio delivers the most realistic soundscape for a competitive advantage in any battle.Play even longer in memory foam comfortThe lightweight headband and memory foam ear cushions were designed for durability and comfort even during the longest gaming sessions.Sound is Survival.Turn your game into an epic event. Featuring JBL QuantumSOUND Signature, the JBL Quantum 200 headset puts you right in the middle of the action. Immersive and accurate, so that you can hear even the tiniest details, the JBL Quantum 200 equips you with all you need to own every battle. Voice focus echo-cancelling boom mic with flip-up mute enables clear multiplayer interactions while memory foam cushions let you game in comfort for hours. The premium materials ensure durability through time and wear. Amplify your experience with the JBL Quantum 200 headset. Audio SpecificationsFrequency response20 Hz - 20 kHzMax input power30 mWSensitivity100 dB SPL @1 kHz / 1mWImpedance32 ohmMicrophone frequency response100 Hz - 10 kHzMicrophone sensitivity-40 dBV @ 1 kHz / PaMicrophone pickup patternDirectionalMicrophone size4 mm x1.5 mmDimensionsCable lengthHeadset (1.2 m) + PC splitter (1.5 m)Weight245 g..

Sold out
Add to Wish List Compare this Product Quickview 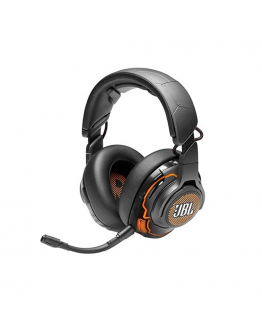 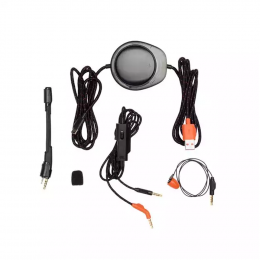 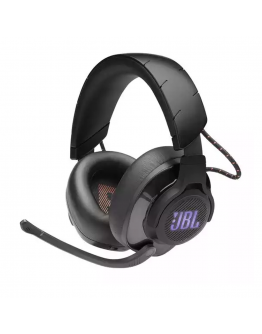 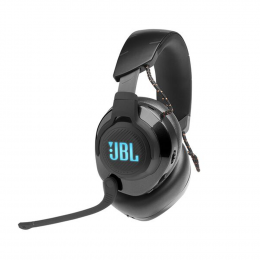 Sold out
Add to Wish List Compare this Product Quickview 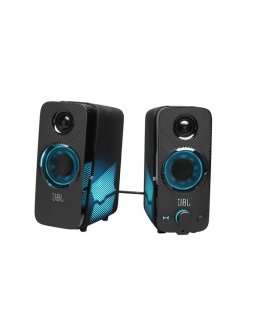 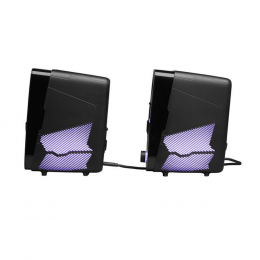